Cheap flights to Kailua-Kona found for this year

You can’t go wrong when you book flights to the Big Island, Hawaii. Luaus and leis await you on Hawaii’s largest landmass. Although it’s approximately the size of Connecticut, the Big Island also happens to be the least populated of all of the islands.

When you book a flight to the Big Island you’re in for an entirely different experience: volcanoes, snow-capped mountains and black lava deserts are just as common as lush rainforests, peaceful alpine meadows and beaches. Although, don’t expect to see the beaches laden with white sand – green and black beaches are actually the most common here.

Mother Nature got something right when she crafted the Hawaiian Islands – each piece of land has its own tropically distinct appeal. The Big Island’s eclectic terrain and climate are what makes it so special and intriguing. In the morning you might sunbathe on a sunny, sizzling beach, then at night experience the alpine cold that comes courtesy of the towering mountains. One side of the island is dry, while the other is incredibly lush, so if you like variety you can’t go wrong booking a flight to the Big Island for a little taste of island diversity. The Big Island has the highest peaks in the Pacific, the most volcanoes in the state and the “newest” land on earth – this slice of heaven is saturated in superlatives and is just a mere flight away. Mauana Kea, the world’s tallest sea mountain, hails 4300km above sea level, and its next door neighbour, Mauna Loa, happens to be the largest volcano on the planet, and still erupts quite frequently.

Spend your time kayaking through coves, or scuba diving amidst underwater caves and tunnels to explore the striking exotic marine life. On land, choose to hike, bike, or horseback your way through the picturesque rainforests and that makes the island so uniquely attractive. Your dream holiday is waiting for you. All you have to do is book your cheap flight to the Big Island.

While you’ll experience tropical weather no matter when you book a flight to the Big Island, the area does offer quite a mix of weather in such a small area. Depending on which geographic part of the island you’re on, conditions could range from cool and rainy to hot and dry. Summer lasts between May and October, when days are warm, and peak at the hottest and driest in August. Between December and March are the coolest months, when wind and rain move in and take the heat out of a perfectly good beach day.

When is the best time to fly to Big Island?

There’s no bad time to plan flight to the Big Island, but if you go during the summer you’ll experience the best beach days, blue skies and dry conditions.

If you’re in search of sunny beach days, jaw-dropping views and outdoor excursions book your flight during the summer and take full advantage of the hot weather and tropical atmosphere.

Winter storms and heavy rainfall can put a damper on the winter months, but you’re more likely to find cheap flights to the Big Island and deals on accommodations during the months of February and March when the weather is coolers than the rest of the year.

Getting around Big Island

The best way to get around Hawaii’s Big Island is by renting a car. If you manage to get yourself up from the beach you’ll find very few public transportation options. There are two major roads that wrap around the island – Mamalohoa Highway is the scenic upper road and Queen Kaahumanu will get you around faster, but with less scenery. If you don’t have a car, you can find taxis, shuttles and buses on the island, but they are few and far between. Hele On, the island-wide bus system, loops around West Hawaii, Ocean View and Kawaihae.

What airport do you fly into for flights to Kailua-Kona?

Most people fly into Kona Intl (KOA) if they book a flight to Kailua-Kona. Kona Intl is conveniently located just 12.5 km from Kailua-Kona’s city centre.

See alternative destinations where airfare is generally forecast to be close to Big Island flight prices. 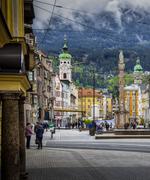 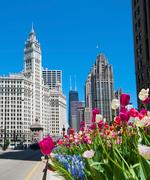 Not set on Big Island? See the cheapest flights to Indonesia. Airfare prices updated on May 16, 2021.