Which day is cheapest to fly to Dublin International?

The cheapest flights to Dublin International are usually found when departing on a Monday. The departure day with the highest cost at present is Sunday.

Dublin International Airport (DUB) is the busiest airport in Ireland. It’s just 10km (6 miles) from Dublin’s city centre, situated on the east coast. It has an extensive short- and medium-haul flight network around Ireland and the UK, although some larger international airlines do have direct flights to Dublin Airport from the Middle East, other parts of Europe and the United States.

Recently, there’s been an increased demand to and from popular holiday spots in the Mediterranean and American shopping destinations like New York.

The airport itself is clean and functional, with a variety of shops and restaurants in all sections of the terminals. It’s a great gateway into Dublin city, which is demographically one of the youngest cities in Europe (50 per cent of the population is under 25). The area has a good public transport system and the airport is easily accessible by car or bus. 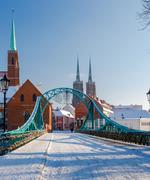 Prices found by our users for local departures to Dublin International